You are here: Home / Healthcare / Obamacare Penalty – Costs and Exemptions

While there is little doubt that Obamacare is a great step forward for the US health system, the reform also brought about a tidal wave of complicated norms and regulations, which can be confusing for the average citizen, to say the least.

In this article, we will attempt to make sense of Obamacare, of the Obamacare penalty and of the specific conditions and benefits brought about by the reforms. First, we will very briefly remind you what Obamacare is and explain what its main benefits are. Then, we will take a look at the Obamacare tax penalty and at who can get an exemption.

Obamacare is the popular term for a major set of US health system reforms, signed into law by President Obama in 2010, during his first term in the White House. Obamacare has since changed the face of the US health system and has made insurance accessible and more affordable to the vast majority of US citizens. Here are some of the major benefits of Obamacare:

Fortunately, there are some ways to bypass this. If you want to purchase insurance, you might qualify for a special enrollment period, which is granted for special life events (marriage, childbirth, etc.) that prevented enrollment in the standard interval, hardships and/or other issues (such cases must be supported by relevant documentation). 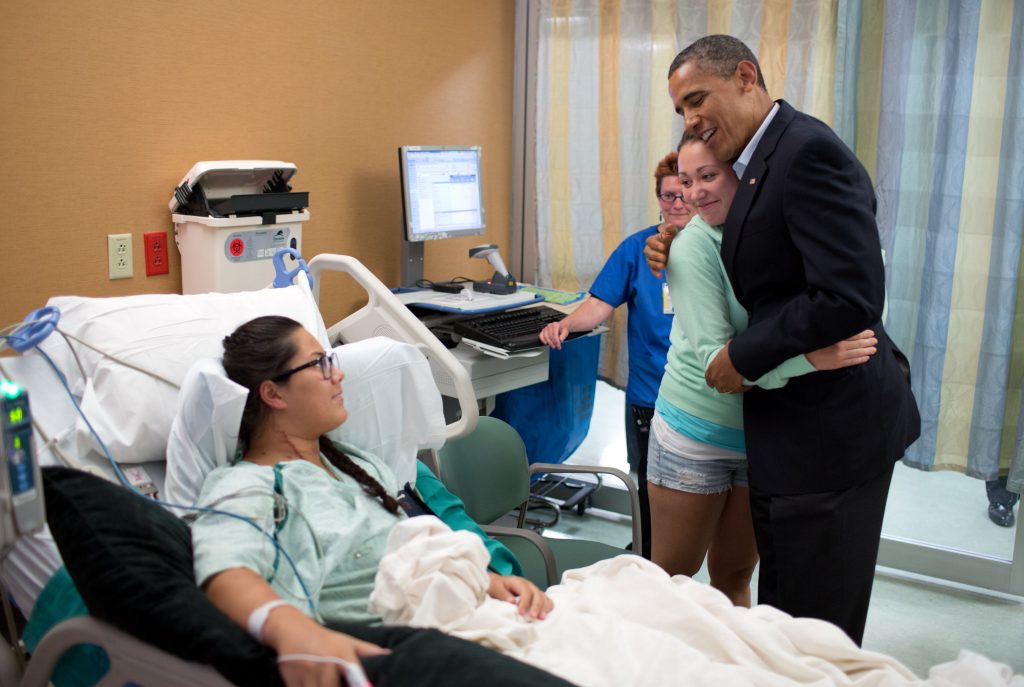 If you don’t want to purchase insurance until the next standard enrollment period, you will have to file for an exemption in order to avoid paying Obamacare penalties. Just below, we will take a look at a list of situations which could allow you to become exempted.

As previously mentioned, under Obamacare, you must purchase at least a basic health insurance or else pay an annual penalty, which is split into 12 installments (one each month). If you don’t pay the required penalty, the IRS does not have a mandate to take legal action against you but can and will add the penalty to other compulsory taxes or withhold money from your tax returns.

However, there are several categories of people who are exempt from paying the Obamacare penalty for not enrolling in an insurance program. In some situations, individuals who are exempt should submit an exemption form before being recognized as such by the government.

How much is the Obamacare Penalty?

The penalty for Obamacare has increased markedly since 2014 and 2015. In 2016, citizens without insurance and not legally exempt from purchasing insurance owe $695/adult and $348/child OR 2.5% of the entire household income, which you should calculate as per the tax return filing status. You will pay by using the method which results in a higher penalty.

The “fines” are paid in 12 installments throughout the year. The number of installments is equal to the number of months which passed without the purchase of insurance. The penalty of not having Obamacare will continue to rise until it reaches the level of a basic insurance package, making it highly unfavorable to continue not purchasing some form of insurance. You can check out an Obamacare penalty fee calculator here, to see what amount you might have to pay.

How do you File Your Taxes and the Obamacare Penalty Fee?

Below, we have highlighted some major situations in which you could be exempted from buying insurance, and implicitly from paying the Obamacare penalty.

All money collected from the Obamacare health insurance penalty is redirected toward improving the health system overall and the condition in which people will obtain insurance for medical services.

Since the start of the Obamacare health reforms, opinions have been split on whether this is a sustainable and successful program. Despite the very high costs it entails for the already burdened US economy, it is hard to deny that Obamacare has brought affordable healthcare for a great many people who had been previously left out.

The Obamacare penalty is still of debatable Constitutional correctness, but can be conveniently avoided by opting for the more accessible and cheaper health insurance packages available on the market. In the end, who wouldn’t pay a minimum sum for decent health insurance?