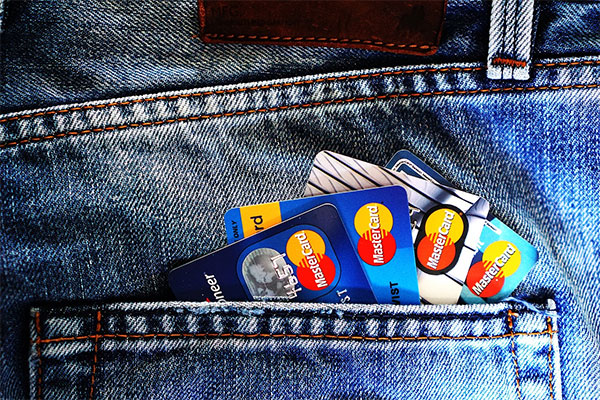 Alpine Bank is based in Glenwood Springs, Colorado, and has 638 full-time employees. The bank is FDIC insured and manages $3.48 billion in assets.

For safety and soundness, BankRate.com gives Alpine bank four out of five stars as of December 31, 2017.

Recently, Alpine and Midland banks have joined together to offer their customers “more products, more convenience, and more possibilities for the future.” The banks promise that they can offer better services in a wider range of locations when they work together.


Thankfully, access to Alpine Bank Login and other online banking features are still available for all customers. Those who are new to online banking can simply enroll to get started. Once users become online banking users, it’s possible to download the Midland mobile app from the app store to make banking more convenient and easier.

Overall, user reviews seem to be mostly positive for Alpine Bank. And a recent BankRate report demonstrates that the bank is solvent and should be able to weather most any financial storm that comes its way.

A large factor affecting a bank’s long-term survivability is its earnings performance. Banks can use their earnings to increase capital cushions or rely on them for addressing problematic loans. This gives them more resiliency during tough times, meaning they are less likely to become insolvent in a worst-case scenario. Banks that continuously lose money are less able to do these things. 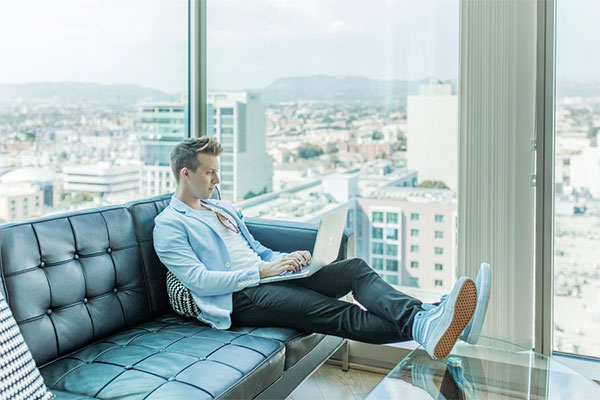 Alpine scored 20 out of 30 on Bankrate’s earnings test, beating the national average of 15.12.

One key measurement of a bank’s earnings is what’s referred to as return on equity or net income divided by total equity. Alpine Bank also scored well according to this metric. The bank’s most recent annualized quarterly return on equity was 12.09%. This beat the national average at 8.10%.

Alpine Bank reported $36.6 million in net income on $311.7 million in equity for the year 2017. The bank also reportedly earned an annualized return on average assets of 1.11%. This was above the 1% considered satisfactory according to industry standards and was also above the 1% average for U.S. banks in general.

Capital is a useful means by which to measure an institution’s financial resilience. Capital acts as a buffer against losses and can protect depositors when the bank encounters economic trouble. When it comes to soundness and safety, more capital is better than less.

BankRate’s test to measure capital adequacy saw Alpine Bank receive a score of only 8 out of 30. This was less than 13.13, the national average. 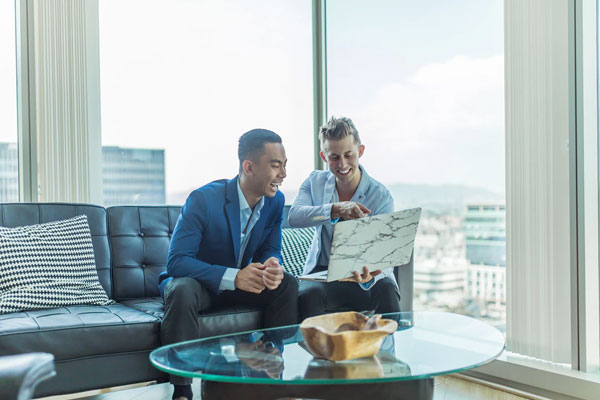 All in all, Alpine Bank holds equity totaling 8.95% of its assets, beneath the national average of 12.03.

Finally, the asset quality score of a bank is aimed at estimating the bank’s loan loss reserves. This shows the extent to which a bank’s overall capitalization might be vulnerable to troubled assets like past-due mortgages.

A bank that has a lot of these kinds of assets can find itself eventually having to use capital to cover losses, which would, in turn, lower its equity cushion. It also means that there could be a large number of assets in non-accrual status that are not currently earning income, leading to lower earnings and a higher possibility of the bank failing at some point in the future.

Alpine Bank scored 40 out of 40 on Bankrate’s asset quality test. This was above the national average of 37.49. 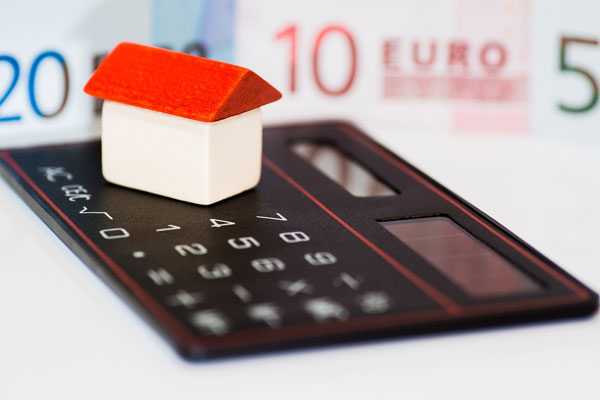 An often-used indication of asset quality is the ratio of problematic assets a bank has on its booked compared to its total assets. At the end of 2017, 0.36% of Alpine Bank’s loans were noncurrent, meaning they were over ninety days past due or in non-accrual status. This was below the national average of 1.01 percent.

Banks keep a reserve for dealing with problematic assets known as an “allowance for lease and loan losses.” Comparing the size of that reserve to the total amount of risky loans a bank holds can be an accurate indicator when trying to determine a bank’s capacity for managing troubled assets. The FDIC didn’t disclose information regarding Alpine Bank’s loan loss allowance in its most recent filings.

Now that we know how BankRate.com has evaluated Alpine Bank Login’s financial status, let’s turn our attention to some user reviews of Alpine Bank.

Alpine Bank only has four reviews on WalletHub.com, with the average being 3.8 stars.

A user named “Chelsey” says that the customer service at Alpine Bank is almost nonexistent. She doesn’t say much other than the fact she is switching banks because it’s just that bad in her view. Chelsey gives the bank one out of five stars.

“Rebe924,” on the other hand, gives Alpine Bank Login five out of five stars. Simply put, “Alpine Bank has always been great,” according to this user. 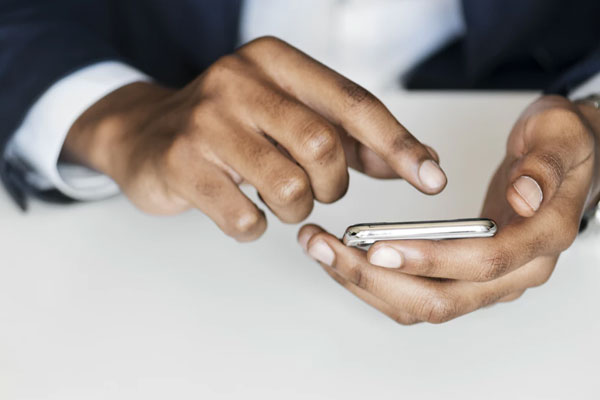 The customer service is great, and some staff reportedly know some regular customers on a first name basis. Unlike the previous user, Rebe924 has been banking with Alpine for years, has no intention of changing banks in the near future, and would recommend Alpine Bank to just about anyone.

“Joepell4357” also gives the bank five out of five stars. He chose Alpine Bank login for his son when he went away to college. He notes how excellent the customer service at Alpine was when he first contacted their office. Setting up an account was easy according to this user.

There is also one review of Alpine Bank on the Better Business Bureau (BBB) website. The review gives the service only one star.

User “Chad J.,” says that he had a bad experience with Alpine Bank after trying to get his interest rate lowered for a loan. He is a veteran and says that he had to “jump through hoops” that were unnecessary in his view. He even “had to get Navy Legal involved to get them to raise my rate again to the original rate which is also not legal.” Eventually, this user decided to refinance the loan just to avoid the bank. 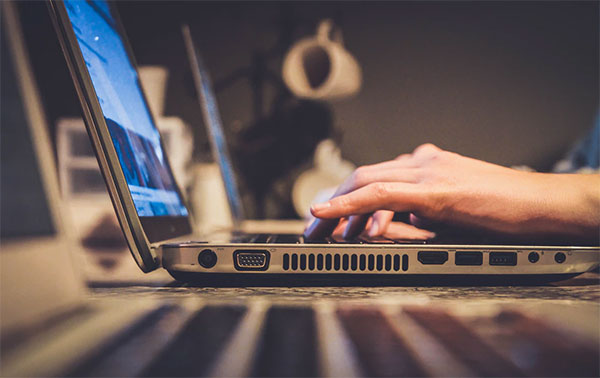 He claims that after refinancing, Alpine bank looked up his family information and began calling his mother about the loan. After repeated requests to their main office to stop this behavior, the bank still kept “completely harassing” him.

Again, this user resorted to “getting Navy Legal Involved” once more. The review ends by saying the whole ordeal was a horrible experience and that it’s hard to imagine how someone without access to free legal services could possibly cope with a similar situation.

There are also some reviews of Alpine Bank Login on Yelp. Out of five total reviews, the bank has three and a half out of five stars.

Rylie S. from Springfield, IL, starts off by saying that she would give the bank zero stars if it were possible. He has been with Alpine bank for years and has been “plagued with issues” the entire time. Alpine Bank Login is “living back in 2002” according to this user.

Their customer service, security, and availability are equally sub-par. Rylie was unable to access her account for thirteen days when trying to make a transfer into her checking account. She describes this instance as being the “straw that broke the camel’s back.” 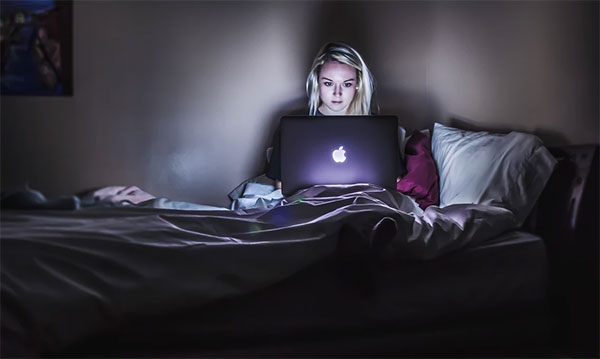 User Karma K. from Vail, CO, says she closed her account at Alpine Bank. Interestingly, this user notes that the customer service was great when closing her account, and the review has a positive tone overall. Still, she gives the bank one star and says she will “never bank here ever!!”

Now on to the five-star reviews. Gina A. from Frisco, CO says that Alpine Bank is simply “a great bank!” She can’t say enough about the kindness of the tellers and managers or the professionalism and overall experience of the bank. She ends by naming two tellers who were exceptionally friendly and saying her family would not bank anywhere else.

Barbara M. from Avon, CO, also says Alpine Bank has “very good tellers.” She notes that everyone there went out of their way to be extra helpful.

D.G. from San Diego, CA, decided to leave a Yelp review for Alpine Bank even though she no longer lives in Colorado. This user describes the service as “an enjoyable experience,” as far as banking goes. D.G. also specifically names a teller and says everyone else there was friendly, too. Living in a big city, it’s just not possible to find this level of care and customer service.

UsBankLocations.com also has a few reviews for Alpine Bank. Out of three total reviews, the average rating is 3.5 stars.

The only one-star review by a user named “Commander” simply says “This is a horrible bank. Stay away!” That doesn’t give much information to go off of. The user didn’t say how long they had been with the bank, unlike the other two reviewers on USBank Locations. We can’t know the details of this user’s experience, but it doesn’t seem to have as much substance as the other, more positive reviews.

A user named “DurangoBethany,” who gave Alpine Bank five stars, says it was the “best banking experience I have ever had.” She mentions a bank employee by first name and compliments him on his customer service.

Finally, a user named “Songwriter” describes Alpine Bank as being “the best” in his five-star review. This user says that the bank has made things “more than easy to understand.” The review also mentions several bank employees by their first name and notes the excellent customer service they provided.

What We Think About Alpine Bank Login

Overall, Alpine Bank Login seems to provide a decent banking experience. Long-term users almost unanimously give the service five out of five stars. And some of the lesser-quality reviews don’t seem to provide much detail as to why they were displeased with the service, or otherwise only had one specific run-in with the bank that didn’t go so well for whatever reason.

The customer service at Alpine Bank appears to be excellent. This point was mentioned repeatedly in many of the reviews we surveyed. It seems that it’s hard to go wrong with Alpine Bank Login.